Our proprietary InVEST Risk Model® is our highly effective and valuable tool that has made a huge difference in our clients’ lives. It focuses on the important things that influence prices in an effort to make money when conditions are positive, and to protect the money we have made when conditions turn negative.

InVEST is an acronym for the 5 key indicators that really matter and signal the true direction and health of the market.

Interest Rates (monetary policy) – The major direction of the stock market is dominated by monetary conditions. Monetary policy is controlled by the Federal Reserve by adjusting the money supply and short-term interest rates.  More money in the system is generally good for the markets.  More restrictive monetary conditions are not.

The yield curve inverted (short-term interest rates above long-term rates – a sign of “tight” monetary policy) BEFORE each of the last seven recessions including:

Monetary policy and interest rates are important factors.  Consider that:

Every major decline – including stocks, bonds, real estate, and commodities had their origins in rich valuations.  In 2000, for example, the NASDAQ 100 Index had a price/Earnings ratio of roughly 300 prior to the 82% drop by October 2002. 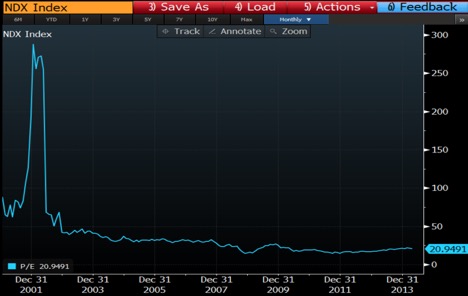 The greatest setbacks have been when markets are overvalued and when capital concentrates in one market or sector:

Economic Cycle – refers to whether the economy is in an expanding or contracting phase, which is important because 7 of the last 8 bear markets began with the onset of an economic recession.

There has NEVER been a 0.6% increase in the unemployment rate that did not translate into a recession:

Sentiment – is a measure of fear & greed.  Sentiment – or investor psychology – has been similar at nearly every major market peak and bottom.  We look for extremes in sentiment which is often a very good contrary indicator.

At the October 2007 high, the difference between the number of “Bulls” and “Bears” according to Investors Intelligence was 42.2, the highest differential to that point in history

Technical factors – refer to the examination of price movements of various markets to determine their overall health. One example is the Dow Theory, which gave a “sell” signal prior to the 2000-2002 and 2008-2009 declines.

The same thing happened in 2013.  That is, in calendar year 2013, the S&P 500 index never traded below the December 31, 2012 closing level, not even for 1 day despite impending “fiscal cliff,” “sequestration,” and government shutdown! That was a very positive indication of technical strength.

Investing is trickier than most people realize. Even so‐called experts get it very, very wrong from time to time. If you need evidence, here are some examples that prove just how far off investors can be:

The point here is that investing is not easy. Bull markets and bear markets are part of investing reality. Add to that the fact that investors are often influenced by the crowd (aka, market predictions, biases, opinions, narratives and consensus), and you begin to understand why so many struggle.

TJT Capital Group’s proprietary InVEST Risk Model ® is a unique and trusted tool that guides us to help clients meet their financial goals by simplifying the complex, filtering the noise, and increasing the probability of success. Specifically, we have researched and documented five indicators that really matter when it comes to determining the health of the markets, and we use these as the basis for managing all portfolios.

Put our InVEST Risk Model ® to work for you.

TJT Capital Group helps you participate in markets when conditions are right and looks to protect your money when those conditions change. With experience in building a billion dollar business for a large institution, we bring expertise to managing portfolios to help our clients meet their goals.

A unique perspective on the health of markets.

Market opportunity is hard to find. And, whenever possible, bear markets should be avoided. We know that to win in investing, you must be invested when conditions are right. But, we have learned that successful investing also involves recognizing when to reduce your exposure.

Our research has identified how individual and collective changes in five key indicators – interest rates, valuation, economic cycle, sentiment and technical factors – can help determine when you should participate in market growth as well as when you should protect your assets.

Your circumstances are personal, so your investment strategy should be as well.

Your personal objectives and risk profile help us design a portfolio for you that is tailored to your goals. Using our proprietary research and analytics, we focus on where we are in the market cycle. We manage portfolios to the specific investments we have found do well in prevailing market conditions. Investments are selected with your interests in mind, using careful due diligence to identify the best solutions for each asset class.

We think differently because conventional wisdom is often proved wrong.

Most investors know what happens when they or their advisors spend more time looking at the past than thinking about the future. They miss hidden opportunities or overreact to news or headlines, often with disastrous results. TJT Capital Group uses a proprietary and disciplined approach to filter out the noise that influences conventional wisdom. Instead we make informed investment decisions based on the indicators we follow and observe. We help our clients distinguish between the normal ups and downs of the markets, and specific conditions that may signal bear markets.

Investing is not easy. Too often people invest looking through the rear-view mirror, or based upon current headlines, preconceived notions or predictions.

You need to have an edge and separate the signals from the noise. TJT’s management team has a combined 90+ years of investment and client service experience. Let us put our expertise to work for you.

Sign up for TJT’s “On Our Radar” to receive monthly email updates on the InVEST Risk Model®.